Click the thumbnails below to watch the show all about this build.

In this tutorial we’ll look at:

You can change the colour of all cheerlights globally by Tweeting (from Twitter): Portal & Portal 2 are amongst my favourite games, I played portal which was bundled as part of the Orange Box Xbox 360 game a couple of years ago.

Wheatley is an AI character from Portal 2, and is described as an Intelligence Dampening Sphere.

He’s round, so I’ve chosen to make a model based on this design, and it was also a reason to design something fun in Fusion 360. 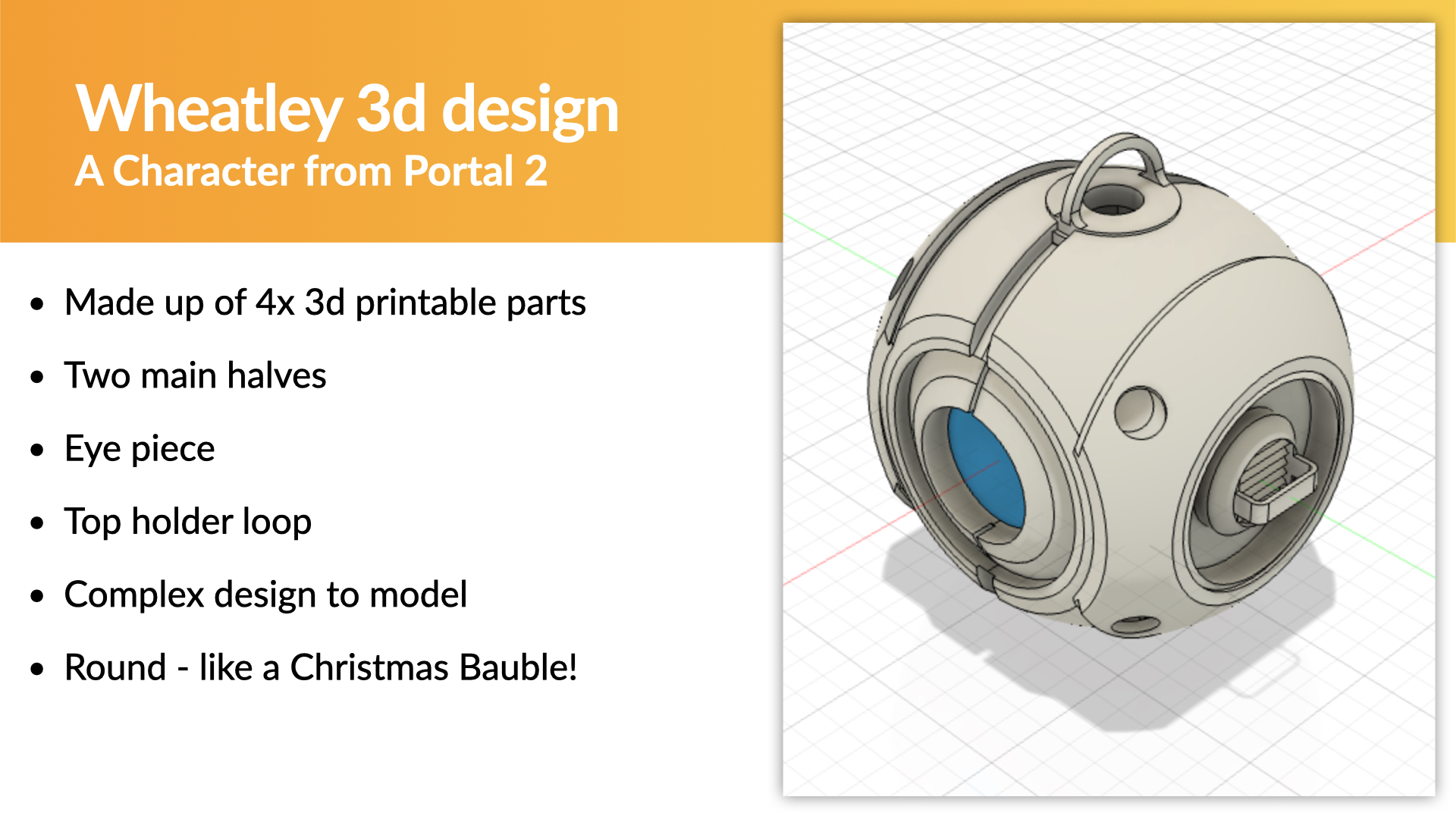 The design is made up of 4x 3d printable parts:

It was quite a complex design to model, involving the creation of a number of smaller and larger sphere, which are then use to subtrack material away from each other.

The design is also round - just like a Christmas Bauble! It also about the same size a regular Christmas Tree Bauble. 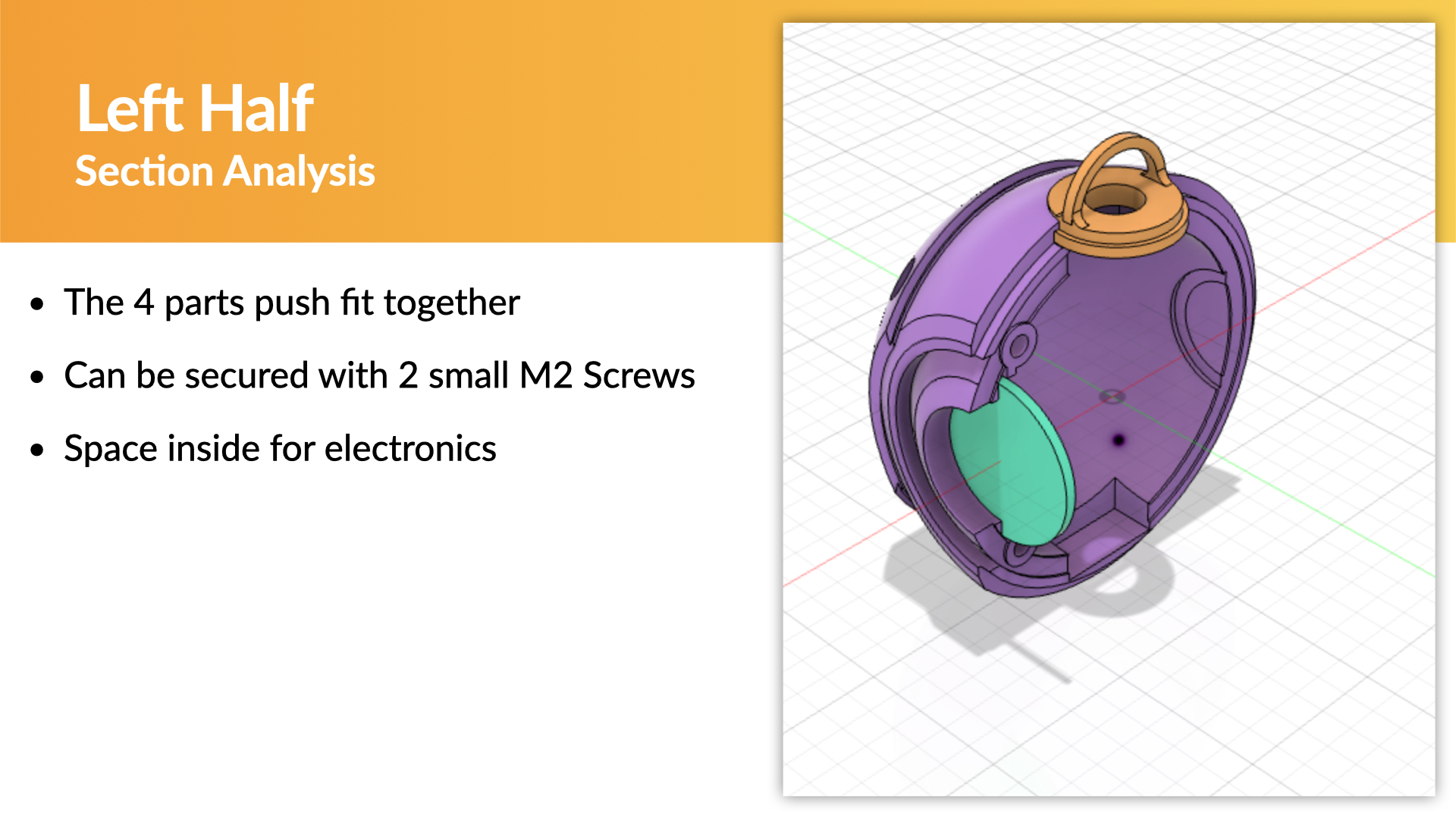 As you can see in the slide above, the left half has a hollow center, where the electronics are housed.

It also has two recessed sections that enable the eye piece and the top loop to be locked into place.

The tolerances are such that using the eye piece between the two halves provides sufficient friction and purchase to keep both halves together.

If the fit is different on your 3dprinted model, you can also use 2x M2 screws to secure the two halves together.

The loop is simply for hanging the bauble from a tree (like a regular decoration). 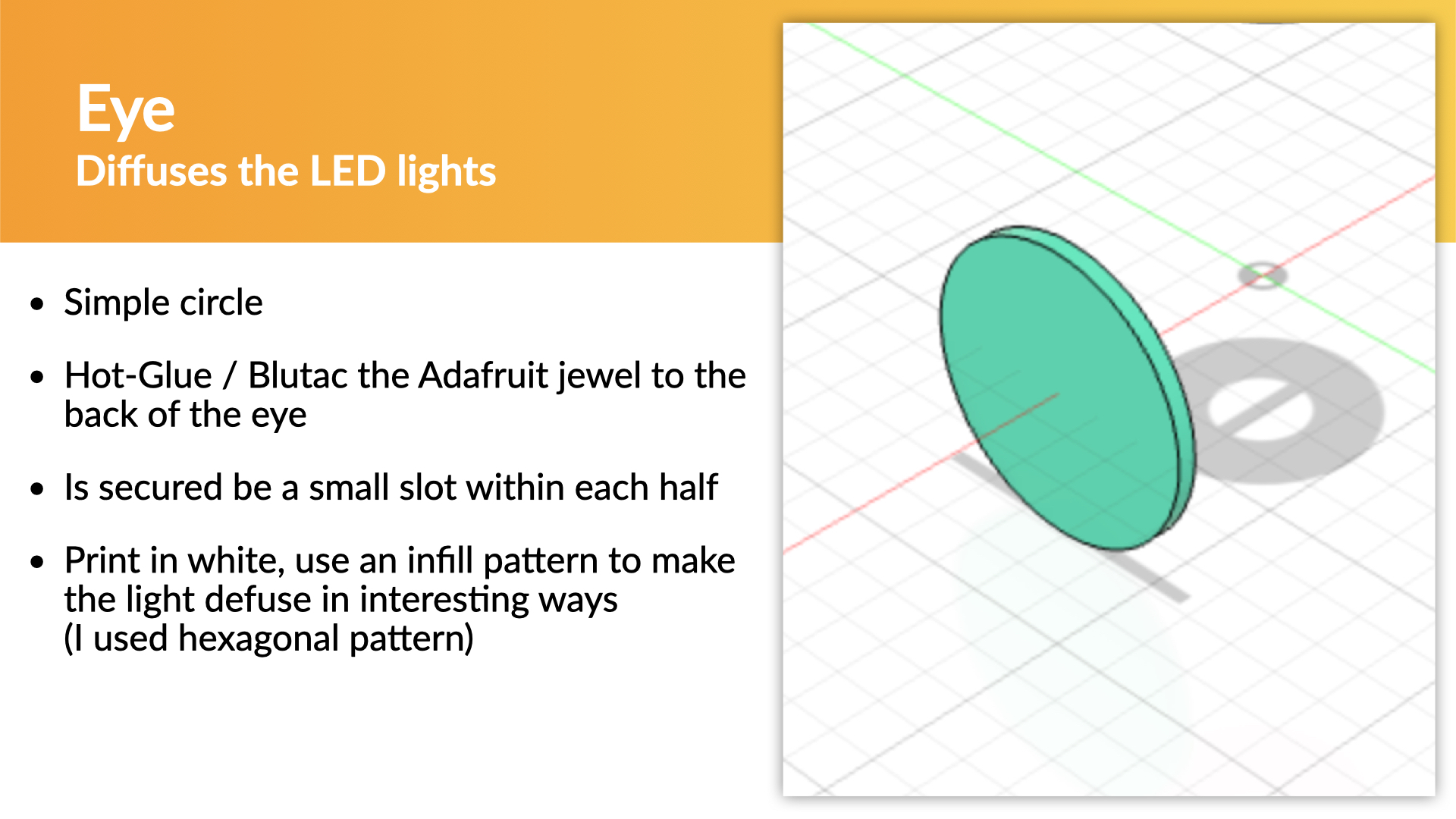 The electronics for this project are super simple: The main MicroPython code you will need is:

There are also a couple of stand-alone demo programs: